(Latviešu) Sākumlapa Welcome to the website of Rēzekne Municipality! 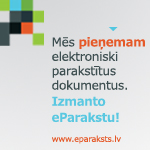 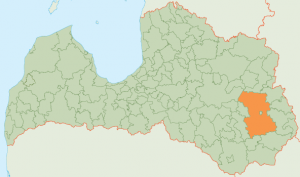 Territory: 2524km2
Population: 29772 [information on 01.01.2015]
Residents by ethnicity: the Latvians- 57,91 %, the Russians- 36,641%, the Poles- 1,29%, the Byelorussians 1,25 %, Ukrainians 0,5%, other nationalities- 1, 86 %, without the nationality-1,29 % (information 01.01.2014)
Rēzekne municipality is situated in the Eastern part of Latvia named Latgale. It is located near the eastern border of Latvia which is also the border of the European Union. The location provides many opportunities for cooperation with Lithuania, Belarus, and Russia as the closest neighbours.

In Rēzekne municipality, there are mostly micro and small enterprises; only some big and middle enterprises. The highest turnover is in wood processing, construction of roads and highways, and freight traffic. The most important fields of entrepreneurship:

• agriculture which has the most active rural enterprises;

• industry which employs the highest number of population;

• tourism which is the most popular entrepreneurship activity.

Picturesque nature, historical and cultural monuments promote the development of tourism. It is possible to explore the history of 237 state protected culture monuments, attend festivals and taste the local culinary heritage, listen to the Latgalian language and enjoy the Latgalian hospitality and relax at 180 lakes (including Lake Rāzna and Lake Lubāns, the biggest lakes of Latvia).

There is a great biological variety in Lake Lubans and surrounding wetlands that are among the most important domestic wetland complexes in the Baltic States. Many species which are endangered in Europe can be explored in the rural territories of Rēzekne municipality: the black stork (Ciconia nigra), the lesser-spotted eagle (Aquila pomarina), the woodpecker (Picoides lucotos), the wolf (Canis lupus), the beaver (Costa fiber), etc. It is possible to get bream, pike, perch, roach, pikeperch, crucian carp, eel, whitefish, vendace, European smelt, bleak in the lakes, rivers and ponds.

Sorry, this entry is only available in Latviešu.

Sorry, this entry is only available in Latviešu.